Go Back to Shop All CategoriesDecompressionToys

Fidget Toys – The Popular Product in 2021

This year’s breakout product has emerged, and it is fidget toys. 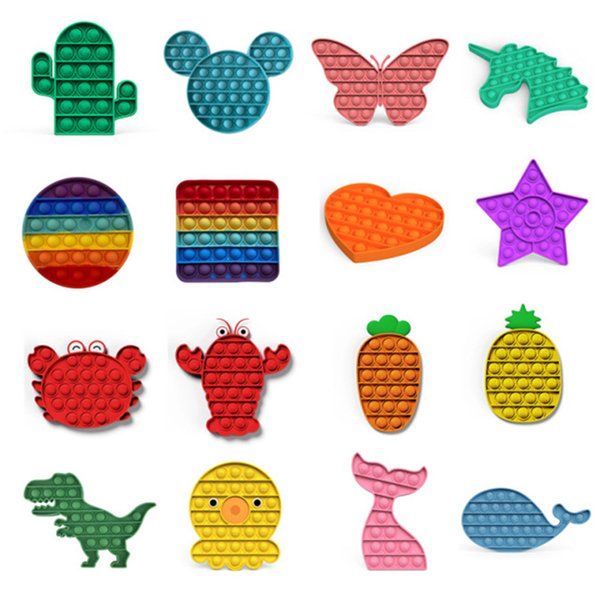 American businessmen judge by experience: “this is much higher than the sales volume of spinning toys such as fidget spinner.”

Since the beginning of this year, the popularity of decompression toys has been on the rise. After April, it has directly entered a surge period. In the past two weeks, from Tik tok to several American media, and then to the major lists in Asia and America, the upsurge and demand of decompression toys have been seen at a glance.

In January, when the children came to a store in Birmingham, Alabama, to buy “fidget toys”, the owner thought it was a bit like the scene in 2017, when the fidget spinner was all the rage. But this time, the shopkeeper said, the increasing popularity of decompression toys is a bigger and more common trend, which, in her experience, is much higher than the crazy sales of spinning toys.

Tiktok is an important factor in promoting decompression toys. “ Tiktok and social media are driving the trend of decompressing toys, “the owner said “ We often post about other toys and stress balls on tiktok, but now the most popular one is fidget toys. ”

At present, fidget toy provides a wide range of products, including tangles, fidget pea pods, marble mesh, silicone poppers, squishy balls, etc. At present, the scope of such products is still expanding. Toy sellers can use their imagination to create novel and fun product types.

Pop it swept the American primary schools at present

Among them, Pop It (a kind of molded silicone toy that imitates the feeling of extrusion) is very popular, and it has become the latest upsurge toy sweeping all primary schools in the United States.

Gillian Bleasdale, a teacher at Vogeltown Primary, said pop it appeared a few weeks ago. Even in junior high school, now this kind of toy is a little crazy, but I don’t know if all schools are like this.

“The kids are learning about money right now, and they’re asking to be able to buy Pop It with the extra money in the classroom,” Bleasdale said. “So our class has a small treasure box. Children can save money and buy some Pop It on weekends. They will put Pop It in the treasure box with me. ”

“For me, it’s not exciting, but for the kids, it’s a great toy and they say they’re happy with it. Children’s fascination with these toys is like a fidget spinner a few years ago” The teacher said.

One Pop It fan said: “they are so satisfying that they pop up over and over again. When you’re bored, it gives you something to do”. Another fan said: “I like crackling sounds. They are really satisfying and can make a lot of sounds.”

At a store in downtown New Plymouth, manager Pam Evans said Pop It is selling well and they are definitely the biggest craze ever.

No products in the cart.